There’s a buzzing coming from somewhere. I switch off my two-way radio, expecting that to be the culprit, but the sound continues. We’re on the glacier, in the middle of dismantling the second weather station, with cloud rolling in around us. I’m still looking to find the source of the noise, when I feel the hair on my arms start to rise.

Static. A build up of electrical charge induced by the clouds above. A precursor to a lightning strike. The noise is me; I’m buzzing, along with the metallic objects strewn around us. Stepping away from any potential lightning conductors, and slipping off my climbing harness with all its dangling metal, we wait for the clouds to pass us by.

It’s been quite awhile since I’ve sat down to write here, and a brief update was needed to bring things up to speed. Eight months have passed since our run in with the electrical storm on Conrad glacier, and much has happened in the interim. Conferences, comprehensive exams, trips home, film competitions.  More importantly, 2015 was confirmed as the warmest year on record; taking the mantle from the previous record holder, 2014. Months before this was confirmed however, the evidence was showing itself to us in the mountains.

We had returned to Conrad Glacier in early September to dismantle the weather stations that had been in place all summer (see On Conrad Glacier: Part 1). They had been simultaneously recording the weather conditions and rate of ice melt over the season, in a hope to better understand what was powering the melt. Our party of 5 consisted of Ben Pelto, Brian Menounos, and Marzieh Mortezapour from UNBC, Clemens Schannwell (a visiting grad student from the University of Birmingham), and myself. The glacier greeted us with its usual box of atmospheric treats, alternating between showers of snow, hail, and rain, and the ever present katabatic wind. Camp was set on the rocky margins of the glacier, from where we would set out each morning to work on the stations and take measurements of how the glacier had responded to the summer.

I was delighted and greatly relieved to find both my stations operating when we reached them. As had been the case the previous year, I had no way to check on them over the two months since they had been installed on the mountain, and like an anxious parent, I’d had them on mind for much of this time. The data from Conrad (which is still being analysed), along with the observations by Ben on a series of glaciers in BC (and those from glaciologists throughout the region) told the story of what was the worst year for glacier loss since monitoring began.

The footage from the time lapse camera I had installed gives a clear impression of the speed of the melt, while only accounting for a portion (54 days) of what was a long melt season. The significant ice loss of summer 2015 made the Canadian news stations, with the footage appearing in CBC’s ‘The National‘, and on Global News television.

The end of the 2015 field season marked the beginning of preparations for my proposal defense, and is my main excuse for being absent from here for so long. Essentially, this process involves defining the final goals of your PhD, and convincing your supervisor and a panel of professors that you and your research are up to scratch, and that the project is worthwhile and moving in the right direction. Since getting over this hurdle, I’ve been working on my first paper, looking at the relationships between weather and melt on Nordic Glacier (see Notes from Nordic), and had a surprisingly successful entry into the NSERC Science Action film competition.

But the calendar, as always, has flicked around rapidly, and I am again preparing for the summer’s field campaign; complete with new challenges and objectives. All going to plan, this may well be the last campaign of my PhD. I hope to start posting frequently again, and to give brief updates on the science, why it’s relevant, and the life behind it.

Up Next: I’ve just returned from some spring field work on Conrad Glacier; spectacular conditions and views, but with ominous signs for the melt season ahead. Report coming soon.

3 thoughts on “On Conrad Glacier: Part 2, and life since”

This site uses Akismet to reduce spam. Learn how your comment data is processed. 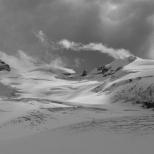 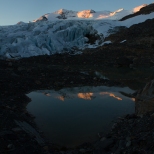 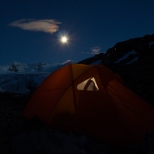 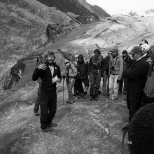 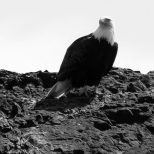 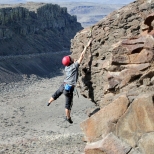 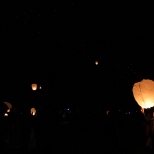